JAKARTA (IndoTelko) - The Apple Developer Academy in Indonesia celebrated the graduation of 400 students who joined from all across the country in a virtual ceremony. The graduates are part of the three academies located in Jakarta, Surabaya and the first class to graduate from Batam. The virtual ceremony was attended by Apple's vice president of Environment, Policy and Social Initiatives, Lisa Jackson, Bambang Brodjonegoro, Minister of Research and Technology, and Emil Dardak, Vice Governor of East Java, Simon Soekarno, Consul General of Republic Indonesia in San Francisco, Eko Cahyanto, Head of Human Resources Development at the Ministry of Industry, representing Minister of Industry Agus Gumiwang Kartasasmita and other senior officials from Ministry of Industry and Coordinating Ministry of Economic Affairs.
Baca juga :
•
Olympus Announces Asia Pacific Innovation Program
•
GDS presence in Southeast Asia and beyond
•
ReOrbit signs contract with ESA InCubed for In-Orbit Satellite
“The students at this year's Apple Developer Academy demonstrated tremendous resilience, ingenuity and determination, adapting to completely new ways of learning in real time to gain the needed skills to develop iOS apps, and join the fast growing app economy,” said Lisa Jackson. “Graduates are leaving the Academy with critical skills they can use to change the world for the better, and we can’t wait to see the incredible things they will achieve.” With challenges brought about by Covid-19, including the temporary closure of physical campuses, students had to adapt quickly to a remote learning environment, collaborating with each other while staying apart. Many of the apps that were developed over the 10-month course also reflect this ’new normal,’ ranging from the provision of emergency care services, to e-commerce platforms, to interactive remote learning experiences. As part of the virtual ceremony, four student developer teams had the opportunity to present their apps:
Aura, an emergency care and de-stigmatisation tool for Indonesians with epilepsy; Muara, an interactive remote learning experience for the National Museum of Indonesia; Quipy, an app that manages inventory, online sales transactions, and customer feedback through customised keyboard shortcuts; and Aksaraya, an app focused on the preservation of traditional Javanese script that utilises Apple Pencil and iPad. Aura, Quipy and Aksaraya are available today on the App Store. Several of the student app development teams have been invited to Apple’s Entrepreneur Developer Camp for Women, where they will have the opportunity to receive one-on-one code-level guidance from Apple experts and engineers, as well as mentorship, inspiration, and insights from top Apple leaders. A total of 13 graduate developers have also attended the past three editions of Apple’s annual Worldwide Developer Conference as scholarship winners. Since 2017, more than 450 students have gone through the Apple Developer Academy programme in Indonesia, with another 400 currently enrolled. Applicants for next year’s class hail from more than 80 cities across Indonesia, including a 100 percent increase in female applicants over last year’s pool. 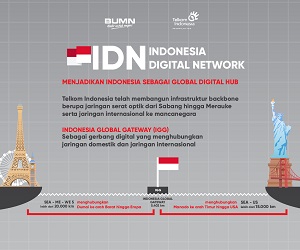